About Our Grade 6 Program

Sixth grade is a year of exciting growth and transition as students move from the homeroom model of 5th grade to the advisor and subject specific model of grades 6 – 8.  At this age, students learn how to organize and manage important aspects of their lives: time, materials, friendships, personal boundaries, and the independence that comes from having new kinds of responsibilities. Our sixth grade program explicitly teaches the study skills required for academic success. Students receive regular practice with organization, planning, prioritizing, time management, self-monitoring, and emotional regulation. Project-based learning and cross-curricular projects woven throughout the sixth grade curriculum encourage students to explore themselves, their communities, and the world. With each, comes the opportunity for students to grow their perspectives, build compassion and empathy, exercise curiosity, deepen imagination, and hone their organization and design skills. Throughout the year, our sixth graders gain a sense of responsibility not just for themselves but for the well-being of all.

Beginning in sixth grade (and continuing through seventh and eighth grades), students work collaboratively with faculty advisors who help guide, direct and support their growth throughout the school year. Advisors serve as student advocates, keeping current with each advisee’s academic, social and emotional status and are the primary contact for parents when questions or needs arise. Sixth grade advisory groups consist of 8-9 students who remain together throughout the school year. To discuss and debrief life as a sixth grader, advisory groups meet regularly: most mornings from 8:20-8:30, once a week for a 30-minute advisory period, once a week during a 45-minute Personal Growth and Development period, and occasionally for advisory lunches. Students and advisors also connect as needed throughout the week. Although advisors play an integral role in sixth graders’ life at school, academic teachers remain the primary point of contact for course-specific academic needs. Taking a page from Harry Potter, Upper Schoolers are sorted into one of ten constellation-themed Heron Cup Houses. These houses build connections and community by mixing students across grades. Houses eat lunch together once a week and participate in playful competitions that involve risk-taking, teamwork, and a healthy dose of team spirit.

As part of our Personal Growth and Development (PGD) program, sixth graders meet with second grade buddies regularly to foster a greater understanding of what it means to be an empathetic and responsible member of our school community. It is a wonderful opportunity for both the younger and older students to form relationships that last throughout their years at Brookwood.

The goal of the sixth grade math curriculum is to provide students’ with foundations in math skills that will be needed to succeed in Pre-Algebra courses. In addition to further developing computational skills, an emphasis on improving students’ logical thinking and problem solving abilities is reinforced through a variety of units throughout the year. Students learn how to review basic operations with numbers, solve one step equations and apply their knowledge to word problems. Students expand their number sense through studying order of operations, expressions, linear equations, percent, area, angle relationships, geometry and operations with decimals, fractions and negatives. Students are encouraged to strengthen their abilities to organize, persevere, ask questions, and learn from their miscalculations.

Sixth graders read critically, write articulately, and explore grammar and mechanics of the English language. Students learn to sharpen factual and inferential reading comprehension skills, analyze overall craft as well as setting, theme, character and plot development, and critically deconstruct published writing. In addition to reading assigned books, short stories, articles and poems, students are encouraged to read independently for pleasure. Sixth graders develop a stronger grasp of grammar and mechanics, and their skills are practiced and applied in context and in writing exercises. They learn how to respond to teacher and peer feedback with effective revision, and also how to self-evaluate effectively, recognizing errors and opportunities for revision in writing. A focus on organizing facts and thinking into cohesive pieces, from simple paragraphs to more complex multi-paragraph essays, encourages students to process ideas efficiently and concisely. Everyone practices public speaking skills such as eye contact, volume, pace, tone and expression. Students write persuasive essays, analytical paragraphs, poetry, short stories and more, almost all project-based. Projects include TED Talks, debates, short stories, podcasts (including interviews), poetry declamation, and much more.

Sixth grade students participate in Brookwood’s annual Harold W. Wise Declamation contest, which was named by longtime teacher and administrator Dan Wise for his father who, as a would-be actor, struggled to memorize his lines. Through the years, hundreds of Brookwood School students have participated in the event. With a lower level division for fifth and sixth graders and an upper level division for seventh and eighth graders, the process begins when students choose their own readings with guidance from faculty. They memorize their selections and hone public speaking skills by reciting their poems in front of audiences ranging from small peer groups to their entire class. Declamation semi-finalists are selected during grade-level rounds, and the event culminates at School Meeting in May when finalists compete on stage in front of the entire Brookwood community. A panel of guest judges ultimately select one winner from each division based on a variety of criteria, especially the declaimer’s ability to convey the feeling and meaning of the poem to what is always a rapt audience.

Sixth graders will start the process of reading and thinking like a historian and that process will continue throughout their time in the Upper School. They will learn how to receive information and then to ask the important questions to gain deeper understanding. By looking at sources, context, and forming ideas and arguments, they will begin to develop the tools to analyze increasingly difficult material and concepts. In sixth grade, the students will concentrate on the study of world geography. They will learn about both physical and human geography and the relationship between the two.  Along the way, students will use the skills covered to explore global issues, cultures, and world events in context. Some of the major topics will include developing map skills, surveying all the regions of the world, understanding the basics and importance of the major monotheistic religions, and exploring into the basics of our economic systems. Sixth graders will learn the basics of writing in the social sciences, and how to use sources to create and support arguments. They will learn about the world and their place in it, and as J.R.R. Tolkein once wrote, “Not all those who wander are lost.”

Sixth grade students are encouraged to explore mysteries, ask questions and share ideas through our science curriculum. Throughout the year, students conduct hands-on and virtual investigations and use careful observation techniques to learn more about the world around them and develop new understandings. Sixth graders engage in scientific and engineering practices that help them: understand how scientific knowledge develops; appreciate the wide range of approaches that are used to investigate, model, and explain the world; and develop critical thinking skills. Areas of study include earth science and engineering, space science, life science, and human sexuality. Students learn how to ask meaningful questions to deepen understanding, design and carry out systematic investigations, properly analyze and interpret data, formulate logical explanations for science concepts, support explanations with appropriate evidence, use models to facilitate comprehension, critically evaluate the quality of scientific claims, produce clear, detailed written work and use iterative processes to design effective solutions.

During their language study, students dive deeper into the language in order to develop authentic pronunciation skills, read short paragraphs and dialogues, engage in discussions, write descriptive paragraphs, and become more familiar with the countries in which their language of study is spoken. In sixth grade, the world language curriculum teaches students how to describe themselves and others, talk about their daily life, discuss activities and school, and ask informational questions. Sixth graders review basic greetings and introductory conversations before engaging in more complex concepts and material using dialog presentations, written projects and listening comprehension tasks that help strengthen their reading, writing, speaking, and listening skills.  Throughout the year students in all languages acquire an awareness of and sensitivity to cultures other than their own.

In music class as well as a dedicated chorus class, sixth graders foster their ability to perform both individually and as a member of an ensemble. Students expand their singing range, sing in two part harmonies and three part canons, sight-read music, and begin to recognize the difference between chest and head voice. The sixth grade music curriculum includes an introduction to the guitar and other stringed instruments. Students learn to play basic open chords and notes using acoustic and electric guitars, ukuleles, banjos, and mandolins. They also study the history of rock and roll, in addition to their continued exposure to classical, jazz, pop and Latin music. Through our performing arts curriculum, sixth graders participate in the annual Revels holiday production. Opportunities to participate in School Meeting Band, acapella groups, and other music-based clubs are also offered as part of our Upper School experience.

Sixth grade artists continue to develop their understanding of the visual arts as a means of self-expression and communication. As the year progresses and through exposure to and discussions around well-known and lesser-known works of art, students deepen their understanding of how artistic expression varies across time, place, and culture. Most importantly, students are encouraged to take risks in all aspects of their art-making and to support their peers in their own risk-taking artistic expression. Trying new techniques, engaging with unfamiliar materials, and experimenting with different processes help push student artists out of their comfort zones and into new discoveries. It is our belief that the process of carrying a work of art through conception and development, trial and error, failure, and, ultimately, successful completion, builds the critically essential skill of creative problem solving through the iterative process. Specific techniques taught include one-point perspective and the use of value to create an illusion of depth in a drawing or painting; how to capture movement in figure drawing; and much more. Class discussion and critiques are continued.

Sixth graders study 21st century technology in three units: digital citizenship, media literacy, and hands-on technology projects. Exploring digital citizenship helps students maintain a positive online presence while being aware of potential risks. Sixth graders learn about the ways in which people communicate on the Internet, the basic mechanics of how the Internet and networked applications function, and the dynamics that influence the group communication and well-being of society online. Their media literacy studies focus on the importance and dominance of media messages in our world and empowers students to both recognize and create those messages. Starting with the general principles of communication, sixth graders learn about the foundational ways in which people are convinced using visual, audio, and cultural symbols. Students also explore several methods of media creation as part of a project to create a unified, targeted and effective multi-media campaign. Hands-on technology projects expose students to a variety of tools, including soldering irons and laser cutters, enabling them to prototype and iterate their ideas toward functional products.

Sixth grade P.E. is designed to prepare students for their participation in interscholastic and intramural seasonal athletics teams in seventh and eighth grades. This includes a focus on carefully sequenced individual skills, team play, and sportsmanship. In sixth grade, a great deal of time and focus is given to field hockey, soccer, basketball, and lacrosse. At the conclusion of each unit, students participate in games against area schools to help children become more comfortable in team settings. Additionally, over the course of the year, sixth graders take part in traditional cooperative games and activities such as team handball, flag football, Omnikin, and cross country running. 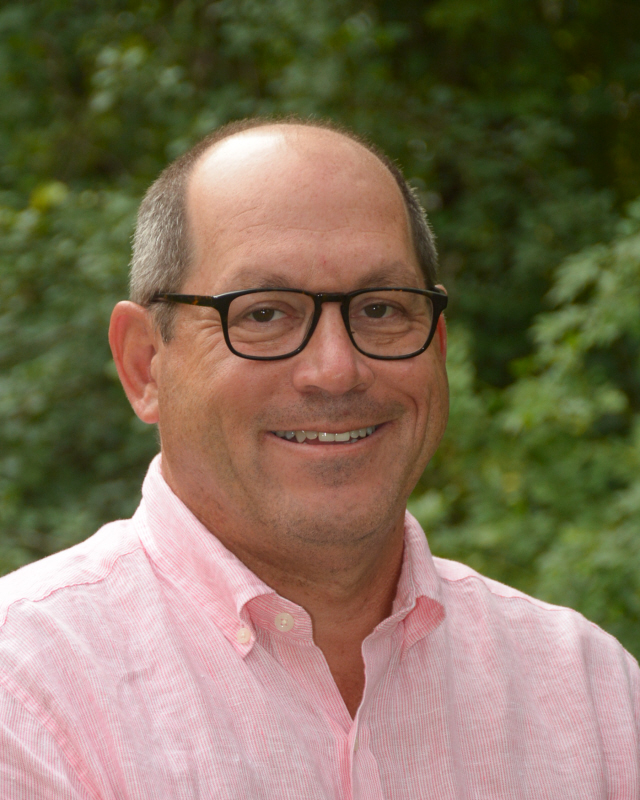 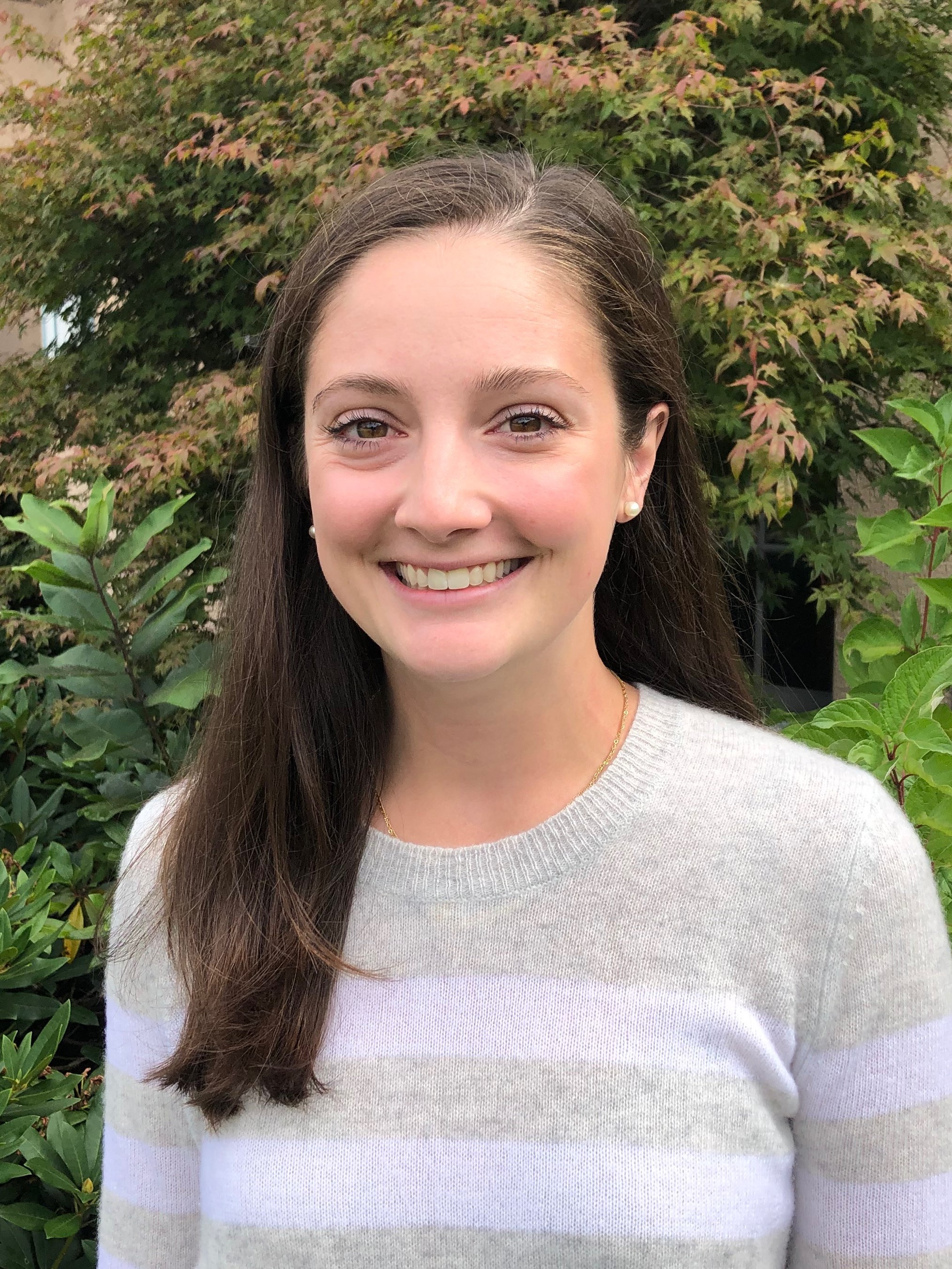 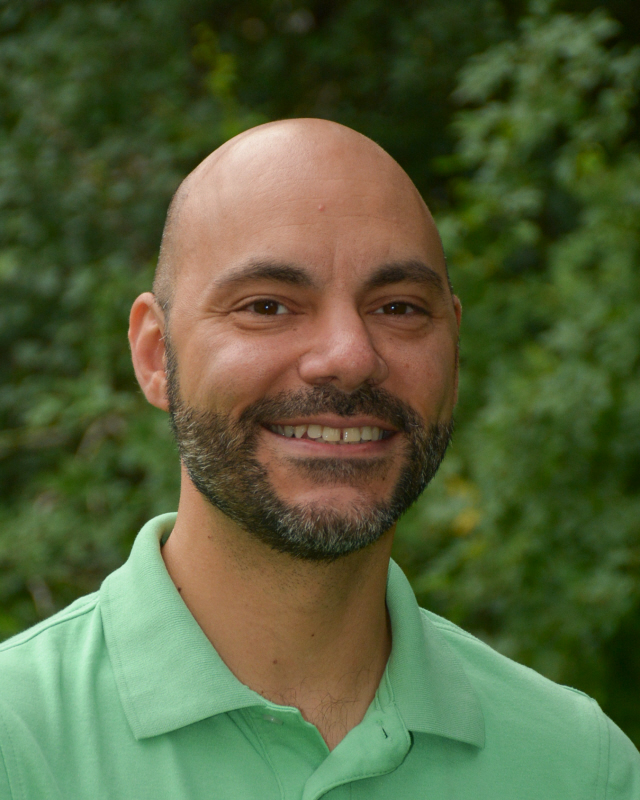 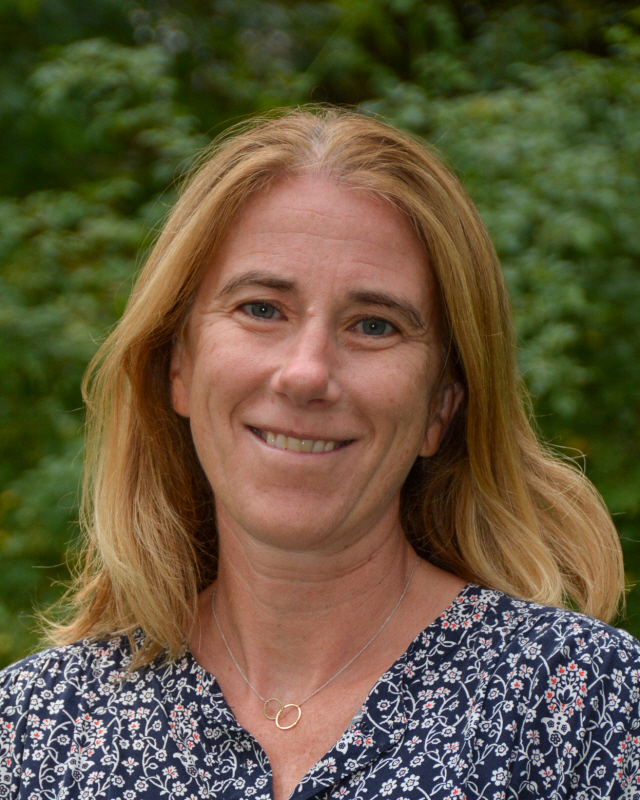 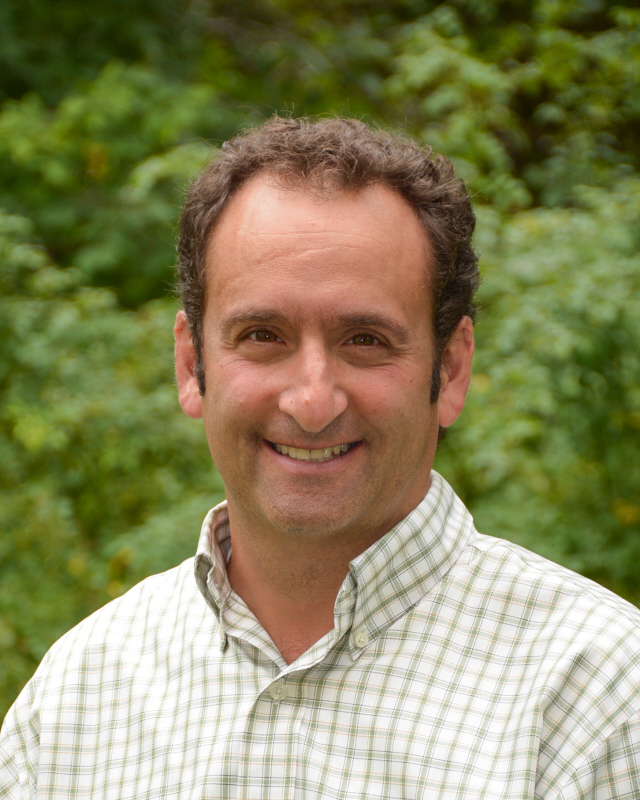 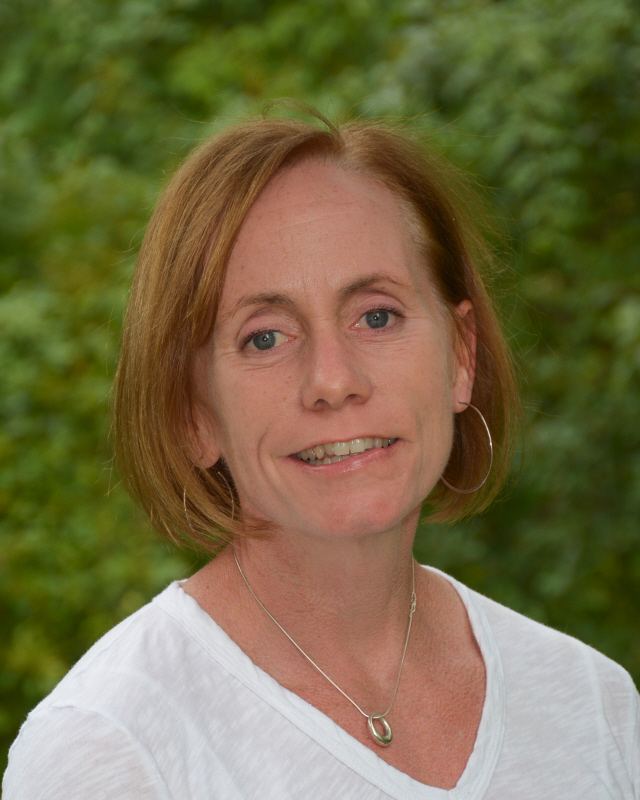 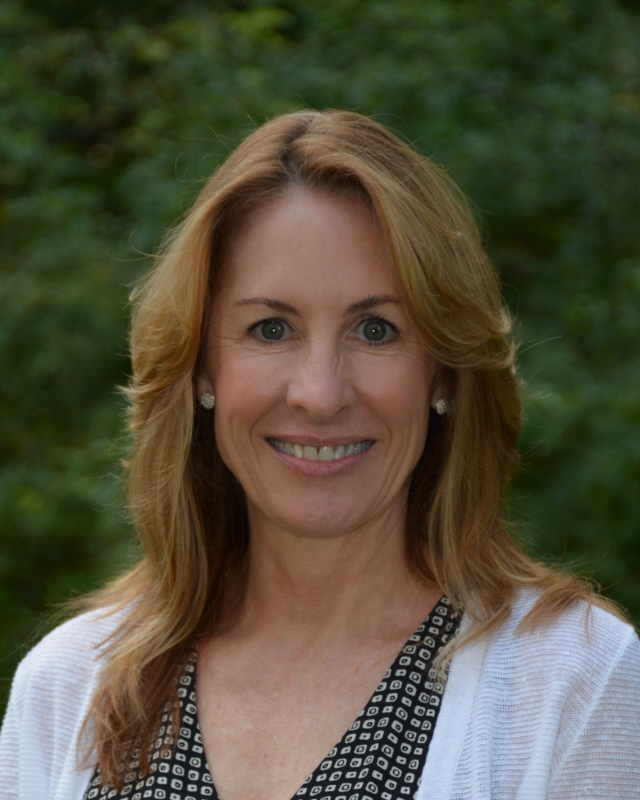 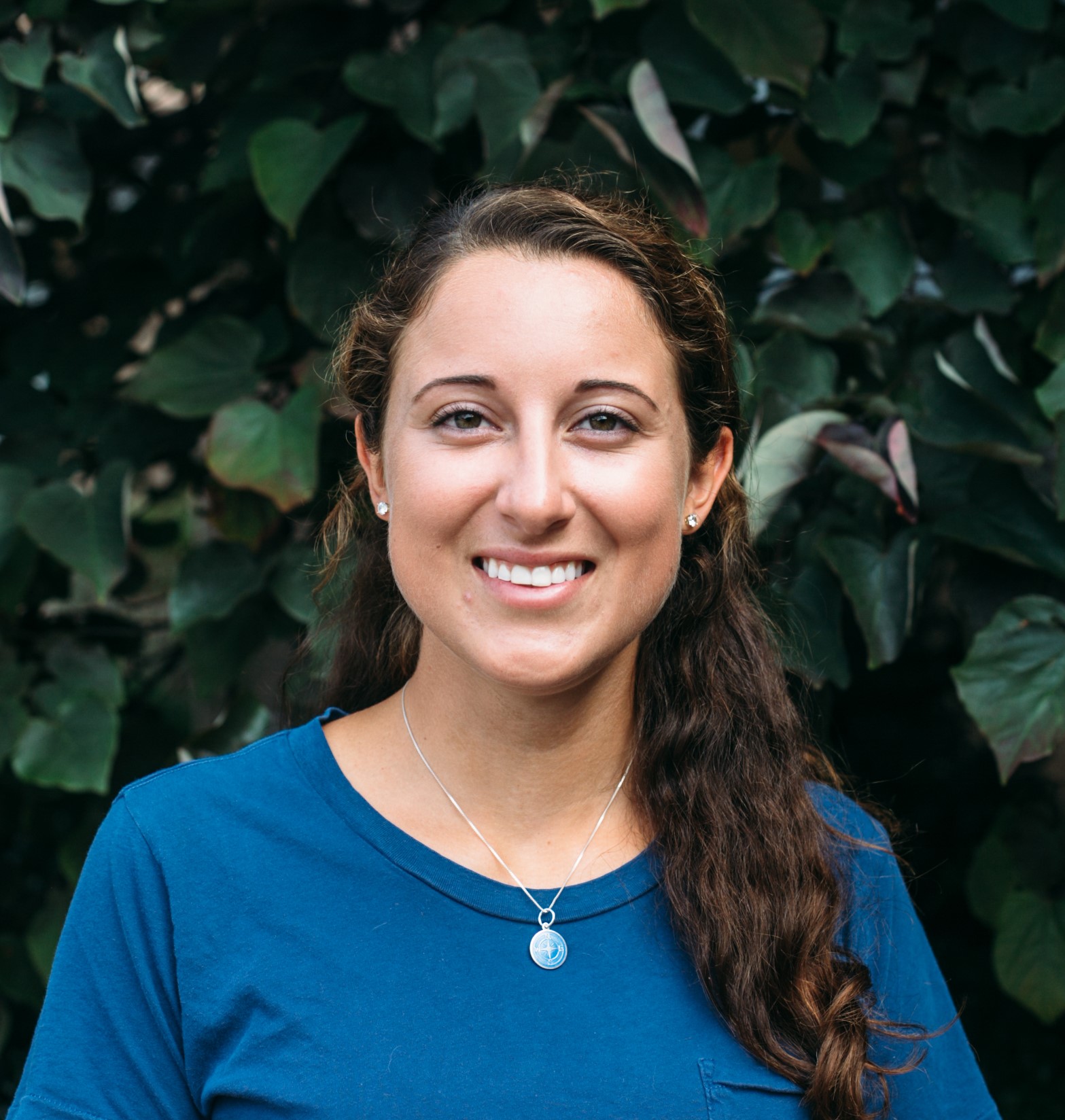 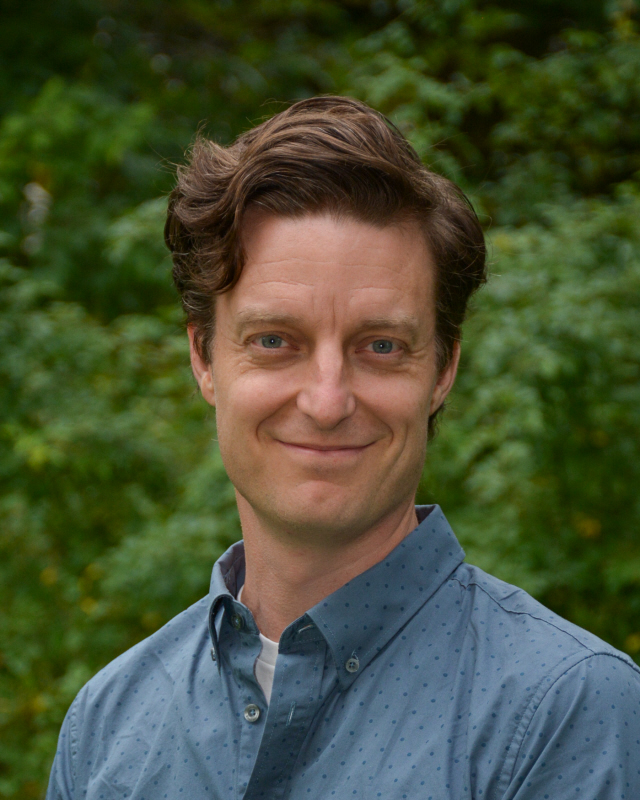 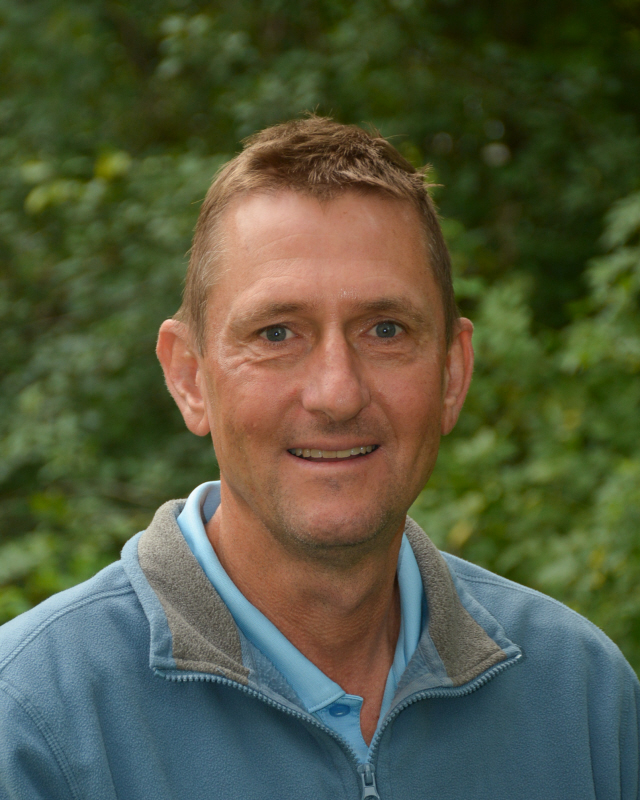 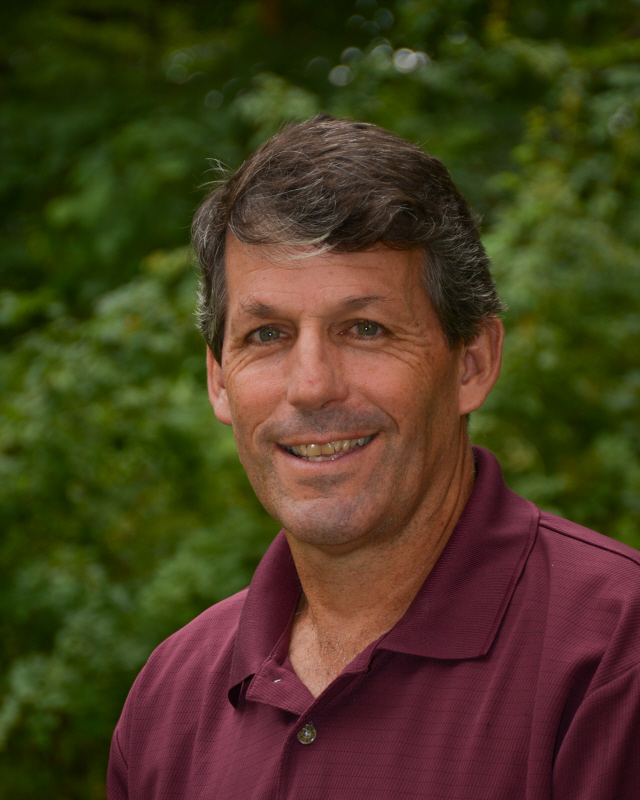 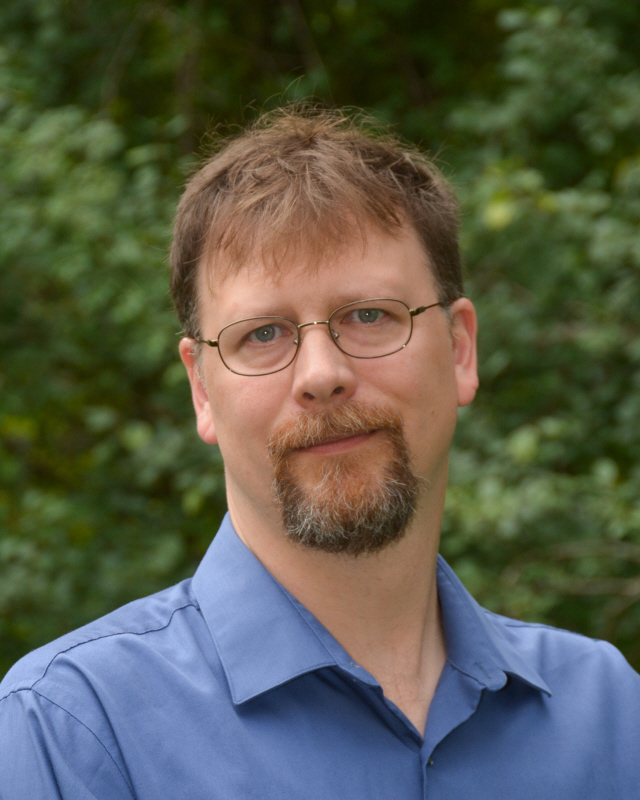 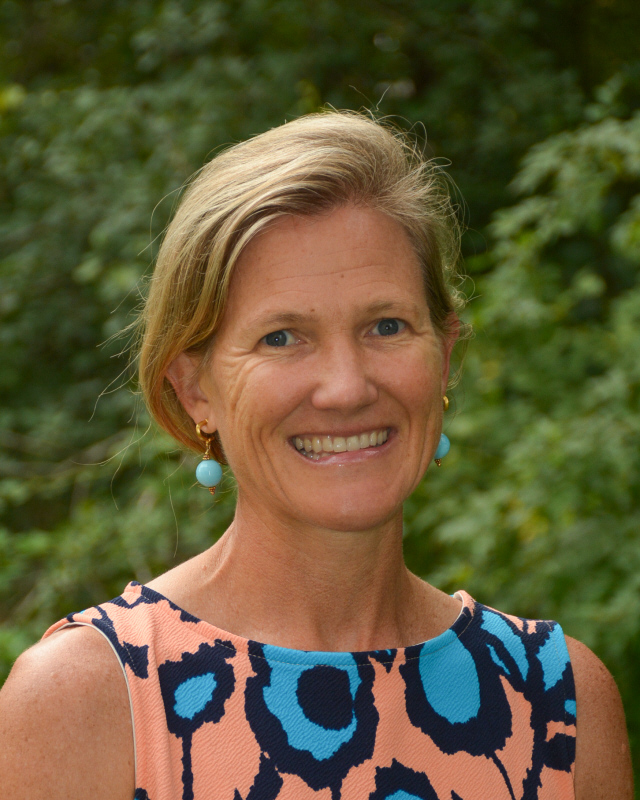 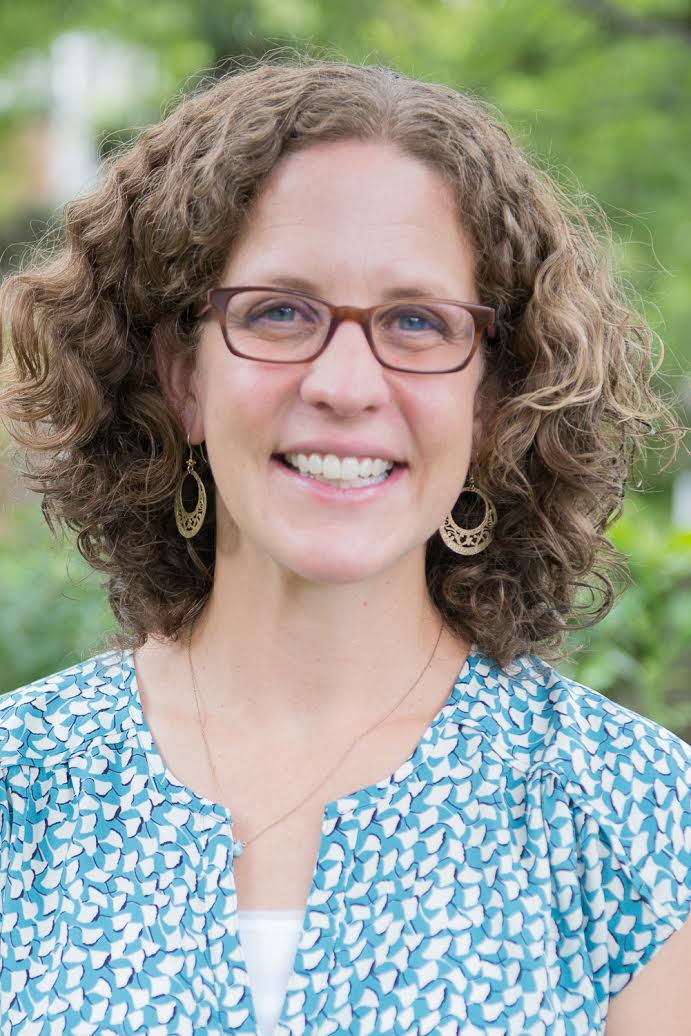 Director of Teaching and Learning

Ready to take the next step?